(JEFFERSON CITY, Mo.)–The Missouri Corn Merchandising Council (MCMC), along with the corn checkoff programs from Kansas and Nebraska, are leveraging resources to provide California fuel retailers up to $1.25 million over the next year to increase availability of E85 (an 85% ethanol blend). Fuel will be supplied by Pearson Fuels, the largest E85 distributor in California with nearly 250 retail stations located throughout the state.

Growers from the three corn checkoff organizations met with representatives from Pearson Fuels in San Diego in July to discuss potential opportunities to grow E85 demand. California is by far the strongest E85 market in the country, accounting for more than 40 million gallons in 2020, and is on track to reach 50 million gallons in 2021.

Prior to the meeting in San Diego, growers toured retail sites in Los Angeles, including two locations previously funded by Nebraska Corn Board (NCB). “These stations are moving a tremendous volume of E85,” said John Greer, an NCB district director. “One station alone would use about 50,000 bushels of corn in the form of ethanol in just a year. The investment is already proving worthwhile for our corn growers.”

Greg Jones, director of business development with Pearson Fuels, says California remains underdeveloped for E85. The state has 39.5 million people but trails both Iowa and Minnesota in total E85 stations.

Jay Schutte, Missouri Corn Merchandising Council chairman and corn grower from Benton City, took part in discussions in San Diego and was impressed with the potential expanded partnership. “Our infrastructure grant dollars, teamed with Pearson Fuels’ marketing and local expertise, will allow us to increase ethanol sales faster in California compared to anywhere else in the country.”

While California’s Low Carbon Fuel Standard incentivizes so-called “zero-emission vehicles” powered by electricity or hydrogen, ethanol has reduced more greenhouse gas emissions than any other fuel, according to data from the California Air Resources Board.

“Our ethanol will continue to be a low-carbon, high-octane fuel that offers Californians immediate benefits,” said Kent Moore, Kansas Corn Commission president. “Flex fuel vehicles using cleaner burning and more affordable E85 can be widely deployed there to meet the state’s goals quicker than any other technology.”

California’s battery electric vehicle tally at the end of 2020 was close to 370,000 – only 1.3% of all light-duty vehicles on the road. For comparison, more than 1.1 million drivers own flex fuel vehicles. The state still has more than 25 million other cars on the road using non-flex fuel, internal combustion engines. “The ceiling is high for E85,” Greer said, “but FFVs and E85 need to be more widely available.”

Pearson Fuels’ E85 will continue providing a cleaner fuel for California drivers. “Our goal is a completely renewable E85 gallon by replacing gasoline with renewable naphtha,” said Jones. “This is a fuel all Californians could use, especially those who can’t afford substantially higher-priced electric vehicles.” 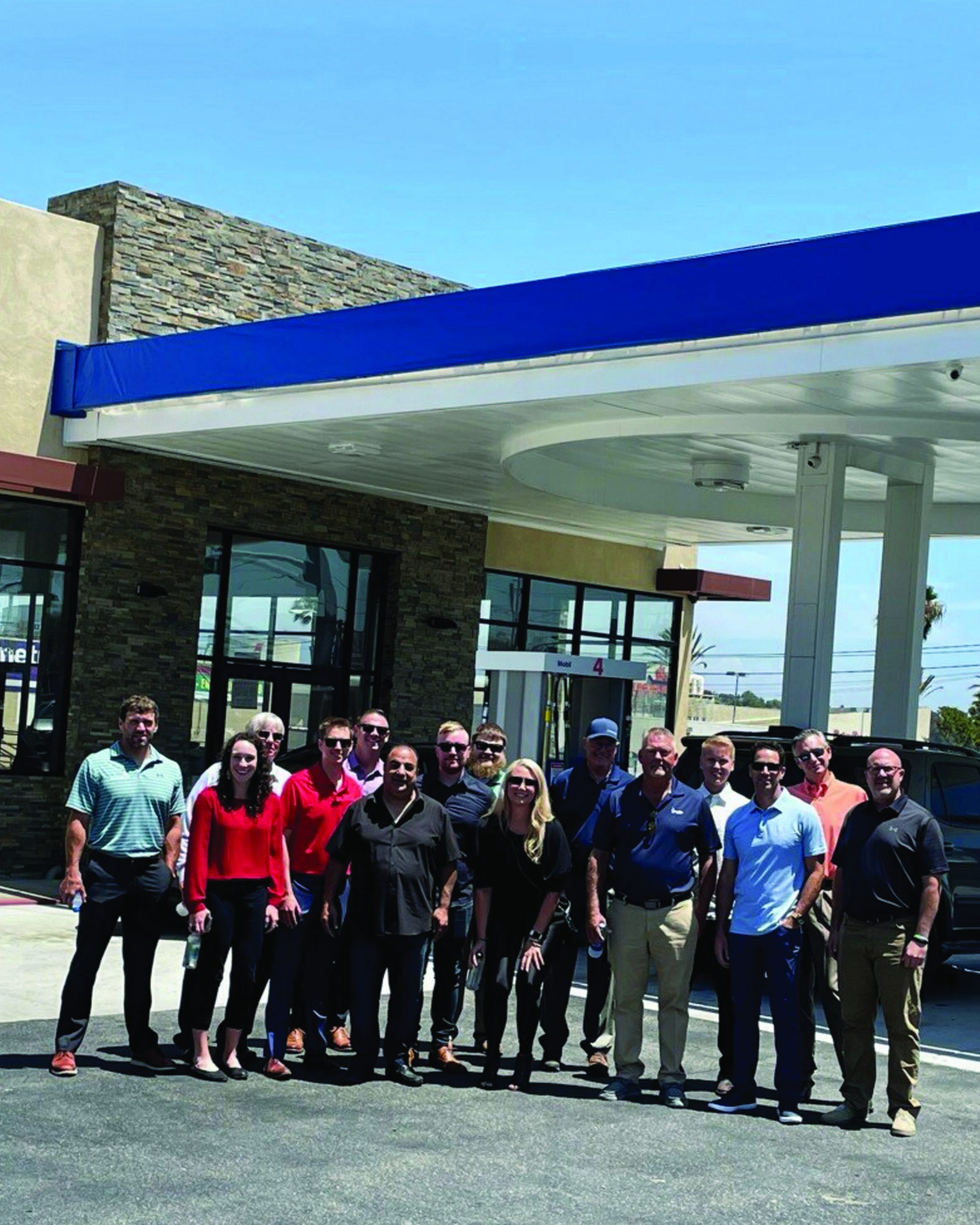 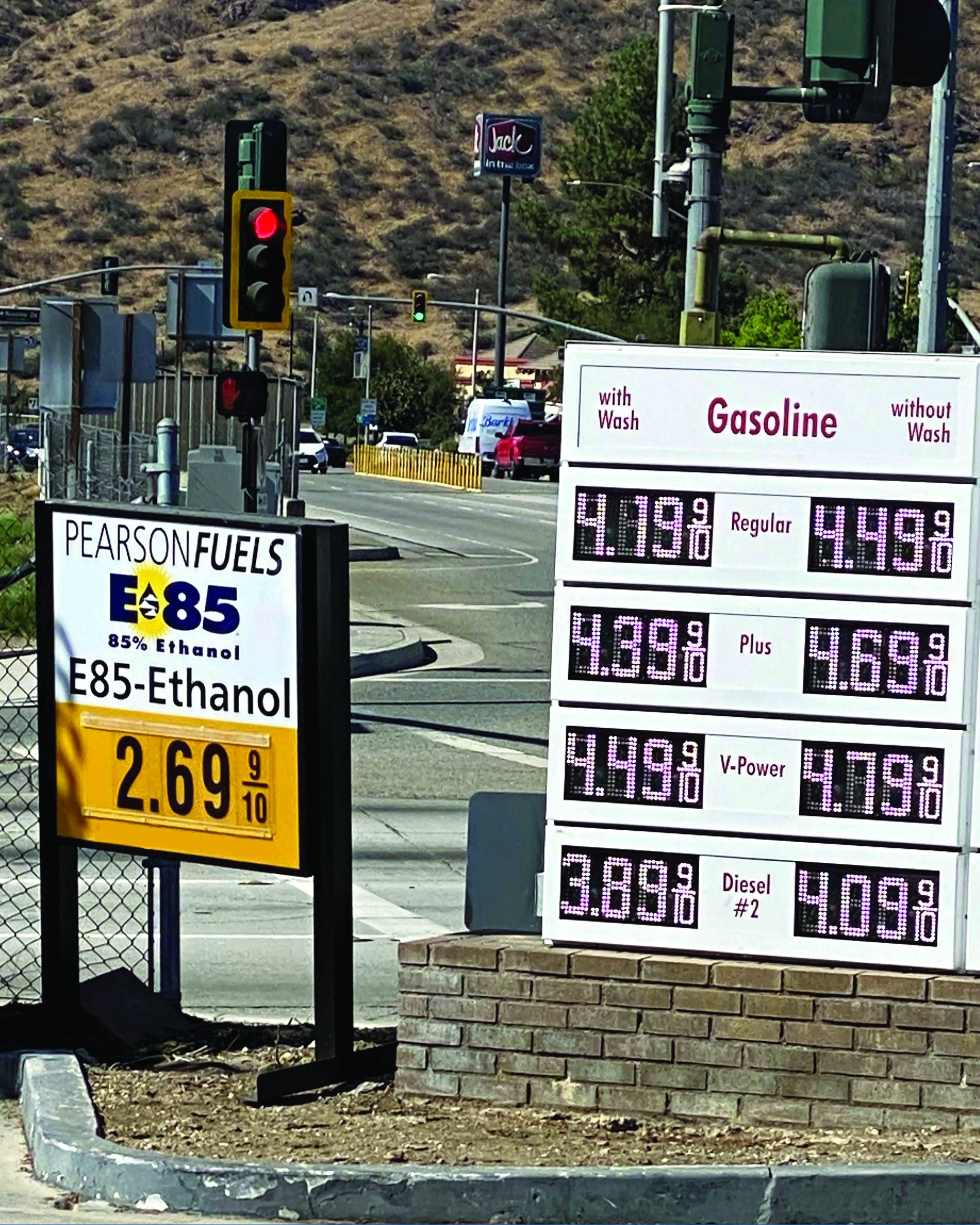 Photo Caption: The Missouri Corn Merchandising Council is leveraging dollars alongside checkoff programs from Kansas and Nebraska to invest in E85 infrastructure in California, the largest E85 market in the U.S. The corn organizations are teaming up with Pearson Fuels, which already has nearly 250 locations throughout California. Used in flex-fuel vehicles (FFVs), E85 offers drivers a homegrown, cleaner burner, and highly cost-effective option at the pump. As shown above, demand for E85 in California is largely being driven by its competitive pricing.