“Serving as corn growers’ representative in the governmental process is a cornerstone to what Missouri Corn does and why we exist,” said MCGA President Kenny McNamar, a farmer from Gorin, Mo.  “Our role in protecting Missouri’s corn industry is as important as ever.  There are many new leaders we must reach out to in order to ensure our markets remain viable.  It takes corn growers in the Capitol to make a difference and we feel yesterday’s legislative visits were worthwhile.”

After meeting with legislators at the Capitol, growers reconvened at the Doubletree for MCGA’s annual business meeting.  The program included a review of the year’s successes, a financial report, election of board members and award ceremony to thank industry supporters.

Recognized for their contributions to the Missouri Corn Growers Association, award winners included:

In the business portion of the meeting, members approved the 2010 annual meeting minutes and financial report.  Members also elected two new directors to the MCGA board of directors:  Mark Scott of Wentzville to represent District 6 in east-central Missouri and John Moreton of Charleston to represent District 7 in southeast Missouri.  Three board members were also reelected:  Kevin Hurst with District 1 in northwest Missouri; Rob Korff of District 2 representing the north-central region; and Billy Thiel of District 5 for central Missouri.

“Missouri Corn strives to represent the state’s corn farmers and protect the interests of our industry,” said McNamar.  “This meeting provides a great opportunity for our growers to discuss the importance of corn with our elected leaders and build partnerships for future growth.  We are also honored to recognize those individuals who have contributed to our success and look forward to another productive year.”

The Missouri Corn Growers Association is a membership organization of farmers dedicated to growing and defending the corn industry.  MCGA works in the best interest of farmers on key agricultural issues and fights for pro-agriculture, pro-corn legislation.  To learn more about Missouri Corn, or to become a member, visit www.mocorn.org or call (800) 827-4181. 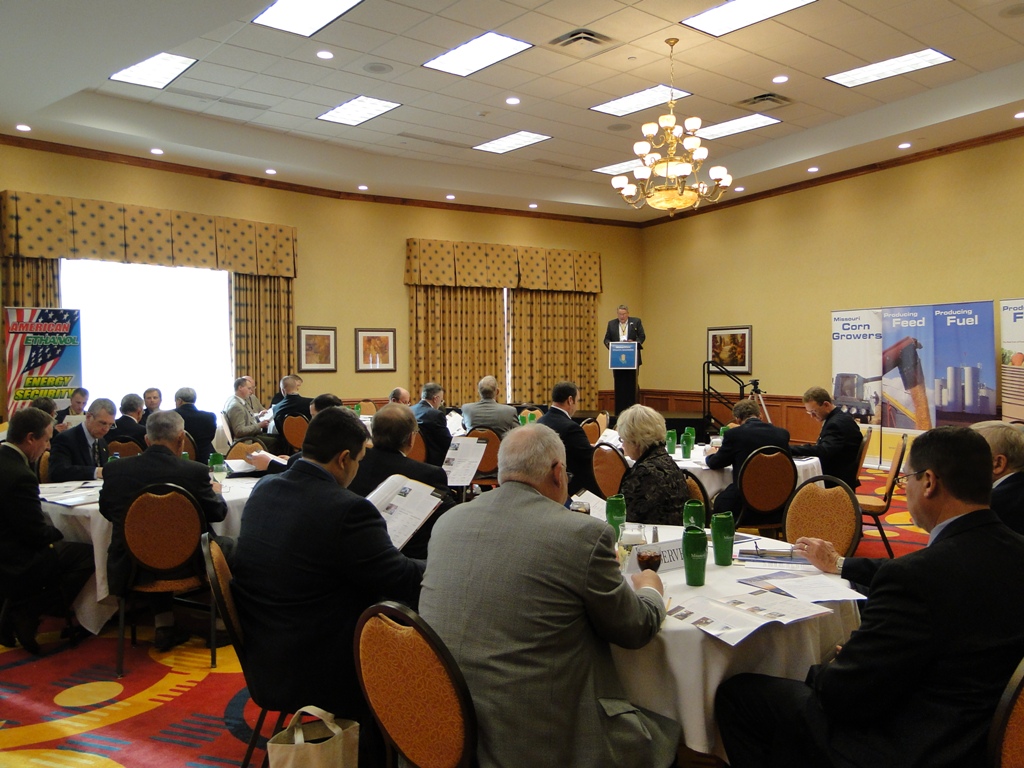 Photo Caption: Missouri Corn Growers Association President Kenny McNamar of Gorin, Mo., speaks to corn farmers from across the state Wednesday during the organization's annual business meeting and lobby day. Growers also visited legislators at the Capitol during their visit to Jefferson City. 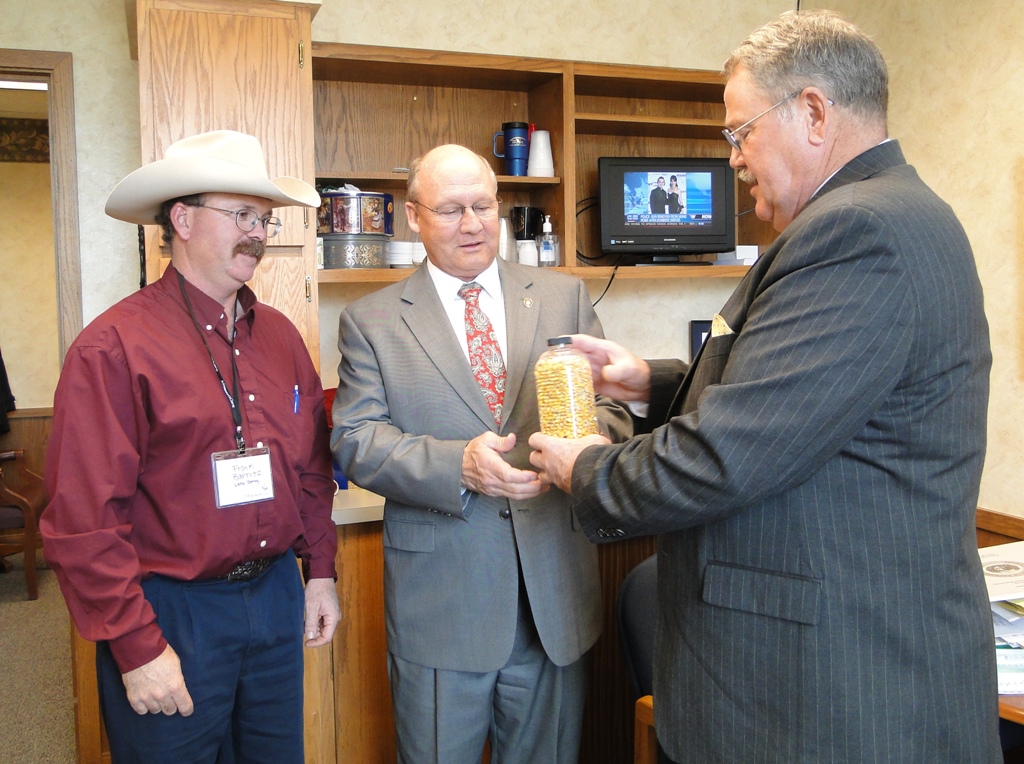 Photo Caption: Missouri Corn Growers Association (MCGA) President Kenny McNamar,(right) a grain farmer from Gorin, Mo., and Frank Barnitz, a cattleman and corn grower (left) of Lake Spring, Mo., discuss the importance of corn to the state's economy with Rep. John Cauthorn during MCGA's annual business meeting and lobbying day. During the visits, growers presented legislators with a bottle of corn which displayed the major uses of Missouri corn: livestock, ethanol and exports. 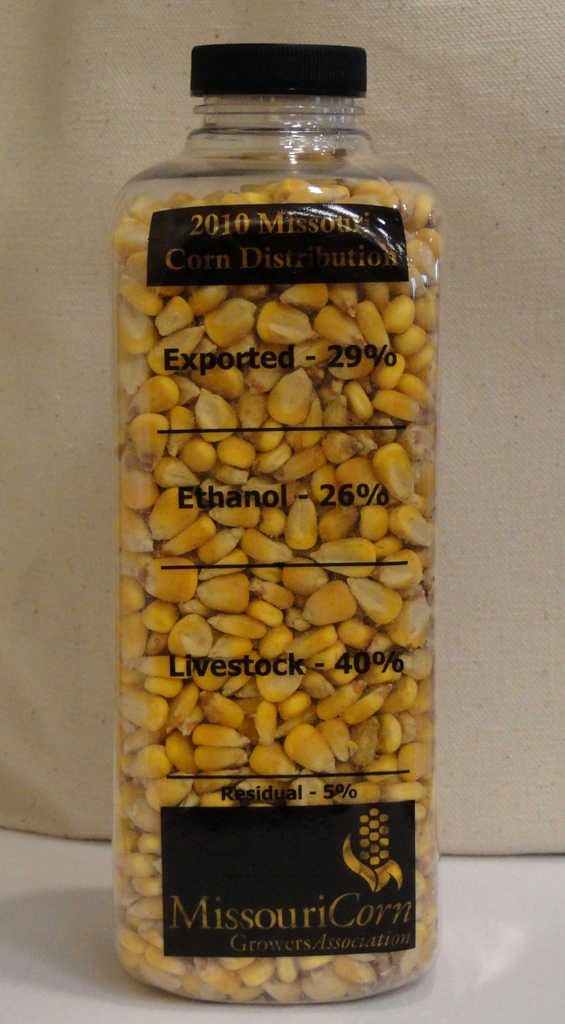 Photo Caption: During the Missouri Corn Growers Association annual meeting, growers visited legislators at the Capitol, discussing the important role Missouri corn production plays in the state's economy. During the visits, elected officials were given a display bottle of corn illustrating the percentage of corn utilized by Missouri livestock, ethanol and exports. 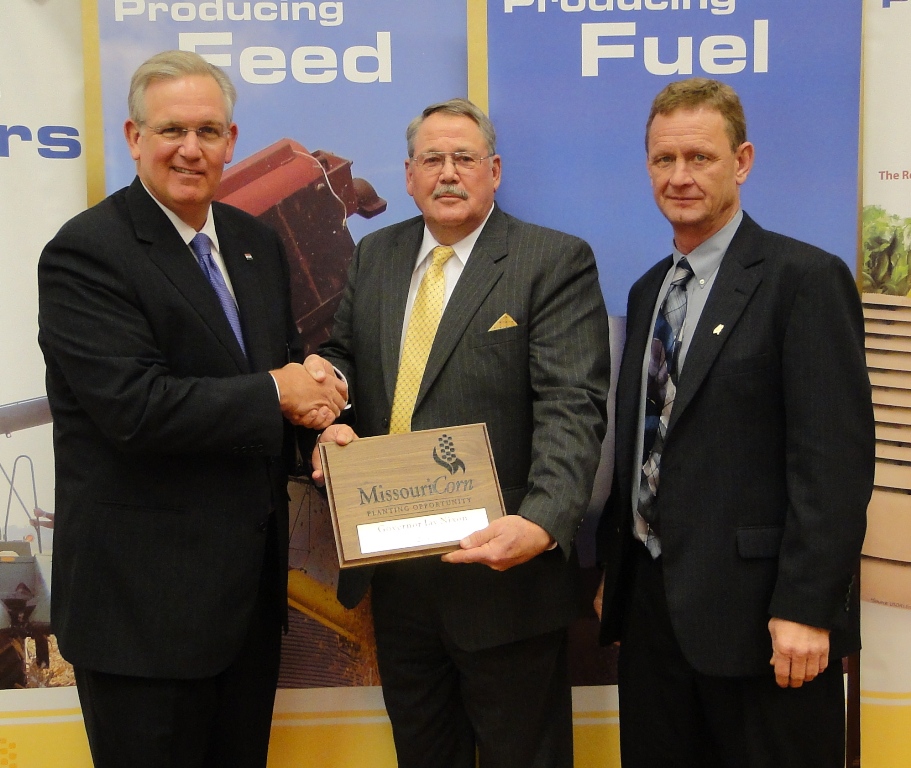 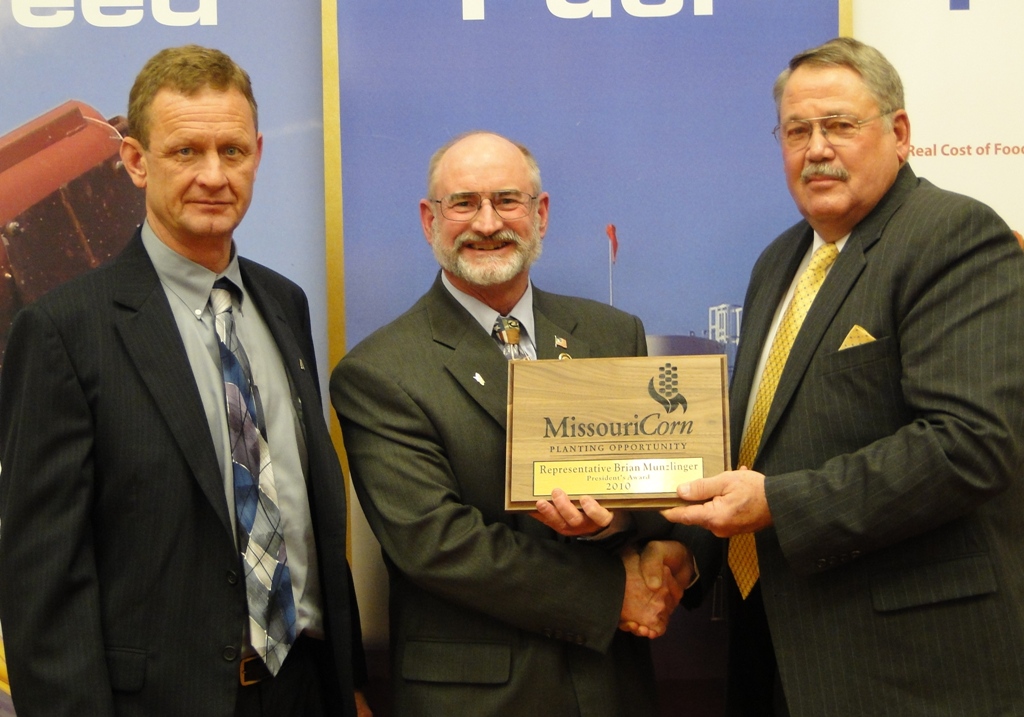 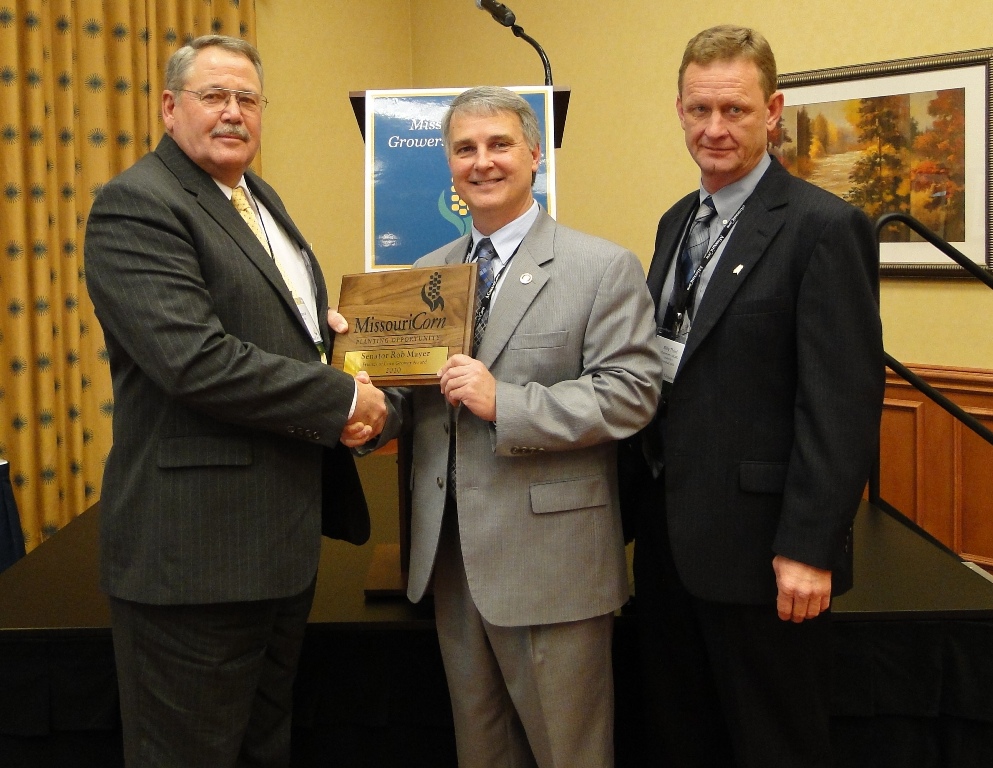